A New Jersey man was recently detained by the authorities after his allegedly negligent actions led to the injury of an innocent bystander. The man was alleged to have collided with a parked car in a parking lot, and the collision forced that car into two other vehicles, thereby injuring a bystander caught in between the two cars.

After the collision, the man fled the scene of the accident, only to be apprehended at the Montvale New Jersey Transit station by the authorities. The incident sheds light on some important aspects of the law as it pertains to hit-and-run victims as it exists in New Jersey.  Before further elaboration, be advised that should you be injured in an auto accident, always contact an NJ auto accident attorney as soon as possible.

Although the New Jersey man did not directly collide with the victim of the accident, or even with the victim’s vehicle, it is clear that the NJ man’s actions did in fact cause an injury, and a foreseeable injury at that. Yet by fleeing the scene of the accident, the man exposed himself to steep fines, the loss or suspension of his license, and perhaps even jail time. Such activities, while clearly harmful to the New Jersey man’s own interests, are critical facts for personal injury victims to bear in mind when seeking to initiate legal action.

While the rules of evidence may prevent certain facts about the criminal actions against the New Jersey man as a result of his fleeing the scene of the crime, the allegation that he fled in the first place, if proven to be accurate, could substantially affect the outcome of the case.

The hit-and-run element of a personal injury case may tend to create more animosity toward the defendant in the eyes of the jury, and consequently more favorable circumstances for the injured plaintiff. This could translate into an increased jury verdict and potentially even punitive damages where the negligence of the defendant is particularly egregious. In this case, the man was also allegedly under the influence of alcohol, which was confirmed by a blood test after he was apprehended by the authorities at the Montvale New Jersey Transit station. The man’s intoxication could also be effectively leveraged by a competent personal injury attorney, who will generate a convincing narrative intended to maximize a victim’s compensation. 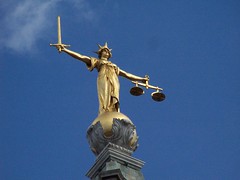 Hit-and-run personal injury cases can unfold in a number of ways highly favorable to the plaintiff. They place the perpetrator of the injury in a negative light, they generate sympathy for injured plaintiffs, and they may be associated with criminal cases which can indirectly assist the plaintiff in trying a subsequent civil personal injury case. If you or a loved one have been involved or injured in a personal injury case involving a hit-and-run scenario, you should contact a New Jersey personal injury attorney that is experienced with New Jersey personal injury law, and can effectively and efficiently manage the outcome of a civil litigation. The good news is that nationwide, U.S. auto accidents fatalities of 32,310 were down in 2011 for the sixth straight year.   627 of these were in New Jersey.   Only through diligent and skilled representation can a jury verdict or settlement be maximized pursuant to providing compensation for a victim seriously injured or killed as a result of negligent activity.